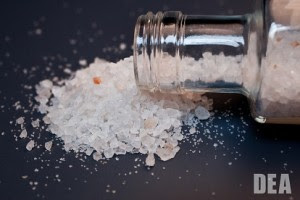 A drug known as “flakka” is the latest synthetic compound to raise concern among public health experts, Fox News reports. Flakka is a tweaked version of bath salts.

In some cases, Flakka can cause heart palpitations and aggressive, violent behavior, the article notes. Use of the drug can affect the kidneys, leading to kidney failure or death.

Flakka use has recently been reported in Florida, Ohio and Texas. The name is derived from the Spanish word “flaca,” which means “skinny.” The drug is sold in other parts of the country as “Gravel.”

In Florida, Flakka contains alpha-PVP, a substance that provides an instant sense of euphoria, according to Jim Hall of Nova Southeastern University in Fort Lauderdale. The drug also gives a boost in physical strength that is similar to other stimulants, such as Ecstasy and cocaine, he said.

Hospitals in South Florida are admitting 20 new patients a day for Flakka abuse, Hall told Fox News. “One of the reasons we think alpha-PVP is such a problem is because it is extremely dose-specific, and even just a little dose will give a person the desired effect they want,” he said. “Just a little more can create a number of serious adverse effects to the point the user doesn’t even know.”

Flakka, which comes in crystalline rock form, can be snorted, swallowed, injected or vaped in an e-cigarette. While its effects are generally felt for three or four hours, they can continue for days. It is being sold in Florida for $5 for one-tenth of a gram.

“It’s cheap like crack cocaine,” Hall said. “This is as close as we’ve come to a crack cocaine problem since 1995 in terms of the severe reactions, low prices, and that it’s available to young kids, and even homeless populations are now impacted.”
Posted by GODS RECOVERY TRANSFORMATION CONNECTION at 9:47 PM