Boxer Down For the Count   VIDEO
Tony Ayala Jr.'s death 'appears to be overdose'  VIDEO 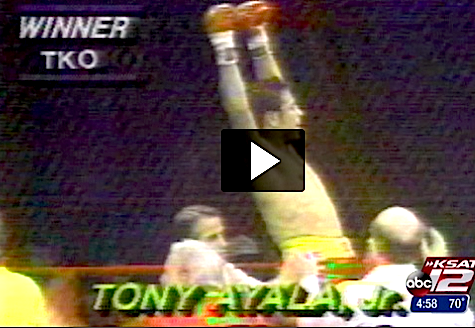 Controversial local boxer Tony Ayala Jr. died from an apparent overdose, according to a San Antonio police report releasedThursday afternoon. The report says that when officers arrived at the Zarzamora Street Gym on Tuesday morning, they found Ayala on the floor with a narcotic-filled syringe near his body. Officers also found a ball of heroin on a desk.
CONTINUED @ KSAT.com
Posted by GODS RECOVERY TRANSFORMATION CONNECTION at 6:54 AM