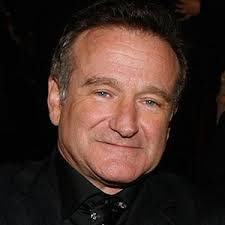 Suicide risk increases in people who are struggling with drug and alcohol use and depression. Williams had dealt with all of these, according to The New York Times. After a period of cocaine use early in his career, Williams quit in the mid-80s. He sought treatment for alcohol abuse in 2006, and had recently been treated for severe depression.

According to the Centers for Disease Control and Prevention (CDC), suicide rates for adults ages 45 to 64 increased 40 percent from 1999 to 2011. Jill Harkavy-Friedman, Vice President of Research at the American Foundation for Suicide Prevention, says the suicide rate for people in middle age to late middle age is higher than any other group. “We don’t hear about middle-age or older people who kill themselves unless they’re a star like Robin Williams,” she said. “Because it’s so shocking when a younger person dies, there’s a tendency of re-reporting and romanticizing.”

Possible reasons for the increased suicide rate in this age group could include economic pressures, health problems and the increased use and abuse of prescription drugs, Julie Phillips, Associate Professor of Sociology at Rutgers University, told the newspaper. She noted social isolation may also play a role.

Efforts to prevent suicide have largely focused on young people and the elderly, according to Alex Crosby of the CDC. “Middle-aged adults got kind of left out in the thinking of where to focus to resources for suicide prevention,” he said. “It’s important for us to examine more closely and put more resources into that population.”
Posted by GODS RECOVERY TRANSFORMATION CONNECTION at 7:09 AM