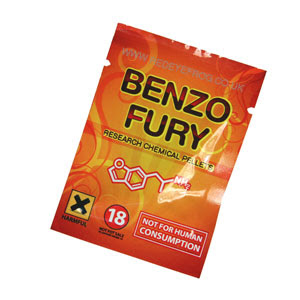 A party drug known as “Benzo Fury” can have dangerous consequences, a new study of rodents suggests. It has both stimulant and hallucinogenic effects, Reuters reports. The drug is a synthetic, laboratory-designed substance.
Benzo Fury can be purchased online, and is popular in Britain and the United States, the article notes. Researchers at Britain’s University of Roehampton found the drug produced an effect on the brains of rats that was similar to hallucinogenic, addictive drugs such as cocaine or amphetamines. It may lead to high blood pressure by constricting blood vessels, the researchers said.
“It’s in the combination of these stimulant and hallucinogenic properties that the greatest danger lies,” said lead researcher Jolanta Opacka-Juffry. She presented her findings at the British Neuroscience Association conference in London. She added, “It’s possible that the reason these drugs are so popular is because they are seen as safer than their illegal counterparts,” so it is “important to challenge such assumptions.”
Posted by GODS RECOVERY TRANSFORMATION CONNECTION at 6:43 AM